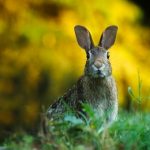 The Festival of Lunasa is almost upon us.

Lughnasadh or Lughnasa (pronounced /ˈluːnəsə/, LOO-nə-sə) is a Gaelic festival marking the beginning of the harvest season. Historically, it was widely observed throughout Ireland, Scotland and the Isle of Man. In Modern Irish it is called Lúnasa, in Scottish Gaelic: Lùnastal, and in Manx: Luanistyn. Originally it was held on 1 August, or